Haha. Well that wasn't as helpful as I'd hoped.

Can you please try disabling the SOS option to "Display Pin Status"? And then do a normal Open From Source Control.
Terence McGhee
SourceGear
Top

As an aside you have to "Run as Administrator" when opening SOS if you want the changes to stick such as the one you had me make. If not when you close SOS the change is thrown away.

Brian, we'll log a bug and investigate fixing this in the next release.

Can you please email me (via the email button below this post) and we'll try to help you further, offline.
Terence McGhee
SourceGear
Top

No we most definitely do not consider the case closed.

What happened was this. We created another Setup Project that worked just fine. We had Scott try it from both machines to make sure that everything worked properly. Then we asked him did you guys *need* the original Setup Project or was the current progress small enough that it could be easily reproduced in the new Setup Project that we had just made.

He said that it wouldn't be a bother to recreate it all, because not very much had been done on that particular Setup Project.

So as a workaround, he agreed to use the new Setup Project. However, we didn't want pretend that a problem was solved, when it really wasn't. To this end, Scott agreed to monitor the situation and if any problems arose with the new Setup Project, you guys had direct routes of contact for both Linda and Myself.

Should you need to contact us again on this, we will make sure that your case gets our immediate attention.

So, from our end, we left off with you guys having a (relatively) painless workaround but with the caveat that we're here, should the workaround fail.

If this path isn't acceptable to you, then please let me know.

Thanks. This is not what I understood from my developer but makes sense.

I still wasn’t satisfied with the resolution (albeit thankful for the workaround). Since the issue crashed the SOS server (which obviously affects all the others using the SOS client) it was concerning. If just the client was hosed I would probably accept it and move on. I’m trying to restore confidence in my developers regarding the product. I worked on this some more and have identified the exact cause and it’s easily reproducible. See below if you are interested. I’m going to post this to the forum so others may benefit as well.

Bug summary
When retrieving a setup project (or a Solution containing a setup project), containing a reference to a file outside of your working folder path, out of Source Safe using the SOS client from within the Visual Studio .NET IDE (i.e. File…Source Control…Open From Source Control), SOS will freeze and become unresponsive. As a result of the SOS client freezing the Visual Studio .NET IDE has to be forcefully shut down. Even worse the SOS Server service becomes unresponsive as well and must be stopped and started.

Bug Details
When a Visual Studio .NET setup package is used you have the option of using the “File System Editor” to perform functions such as adding shortcuts to the user’s desktop/programs menu and creating folders for the user’s etc. One of the functions allows you to add files or assemblies (which in our case one of the developers added the Microsoft.mshtml.dll assembly). See Capture1.jpg.

If you add a file and/or assembly that is not within your current working directory of the project, you receive one of the following warning messages. (For example if my working directory is c:\dev\vss\Setup2 and I decide to add a file from c:\program files\Test\test.txt)

You get this message if this is the first time putting the setup project into VSS and you have already added an external file. In addition the folder hierarchy will be added to VSS containing the external file. So in the example above when you look in SourceSafe you will see Setup2 within whatever project you selected when adding it to SourceSafe. In addition you will also have a Program Files folder at the same level as the Setup2 project with a sub-folder of Test and then containing test.txt. (Note: It appears this is what one of our developers did. They then proceeded to manually move the Program Files folder into the Setup2 project within VSS. This is an assumption made after research since the developer that did this is no longer here.) See Capture2.jpg.


You get this message if the project was already under source control and then you decide to add an external file. See Capture3.jpg.

At this point you can check in the project without issue. You can also retrieve through the Visual Studio .NET IDE using VSS without a problem. However if you use the SOS client through the IDE the problem occurs. 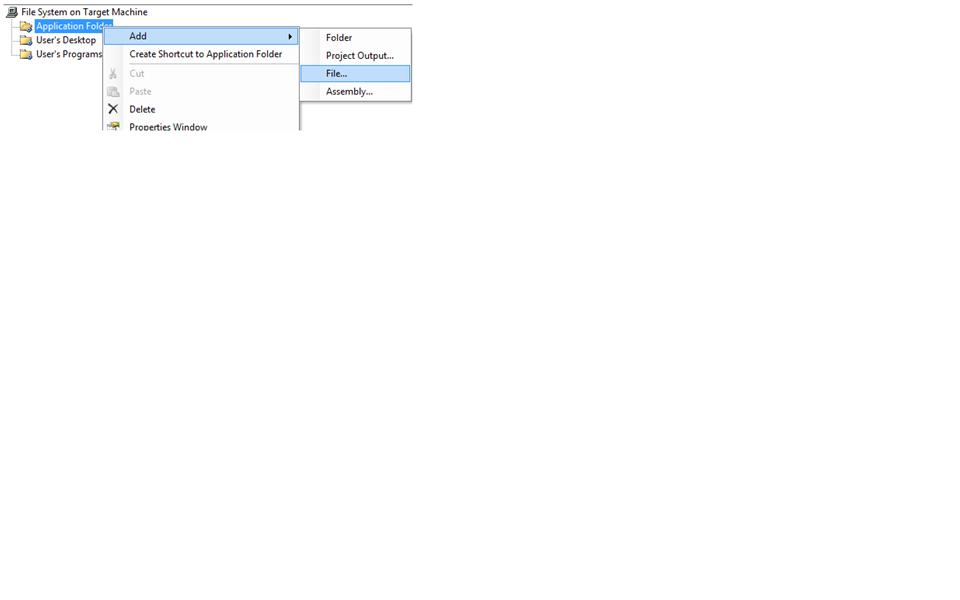 Thanks for the detailed description. We've logged a bug and will fix it in the next release.
Linda Bauer
SourceGear
Technical Support Manager
Top

Can you verify for me that this is now fixed in the current version? Before I upgrade I would like to know.

The issue is only partially resolved in SOS 5.0. The SOS Client/Server no longer crashes, but the external file is not added to source control. This is scheduled to be fixed in SOS 5.02.

Due out when?
Brian C Drab
Top

Do we think it will still happen by the end of the year? Any update?
Brian C Drab
Top

This has been moved into January, probably towards the end of the month.
Linda Bauer
SourceGear
Technical Support Manager
Top

It's still on our list of things to do, but has been pushed back a bit.

Would you have an estimate?
Brian C Drab
Top
Post Reply
56 posts