A developer and I are working on the issue you ran into with the file shared between multiple projects. We want to make sure we reproduce this correctly. Currently, I haven't been able to make the same situation happen.

Can you provide more details? Can you confirm that the layout with the shared files is the same in SOS 4.2 and that it worked for you that way?

OK, I'm done with testing and here are the results.

With the exception of the "Response for No Message Sent!" message box coming up twice in succession there appears to be no difference between SOS 4.2.0 and 5.0.1. The message doesn't come up on the previous version of SOS. That's probably what prompted the developer to tell me there was issues....because of this difference. In addition, when you unbind the projects and then attempt to re-bind them, the one project that shares those couple of files gets the same message as follows: 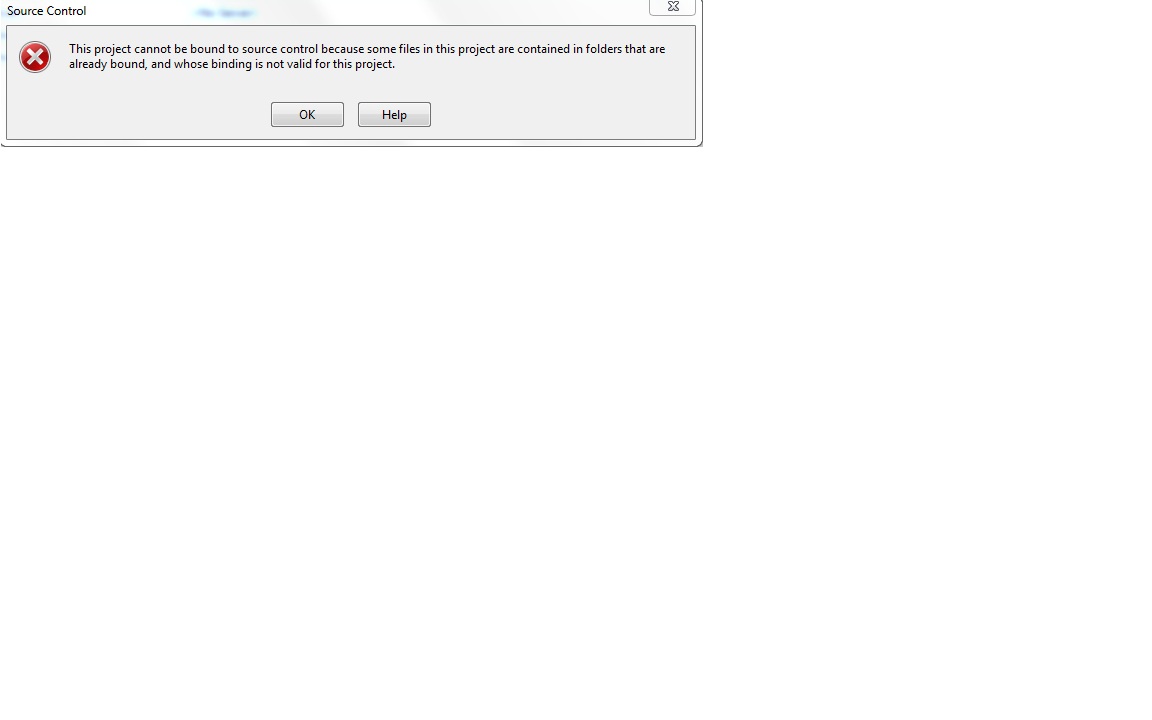 Now I also did this with Visual SourceSafe 2005. When unbinding and re-binding the project with the shared files the following message is given: 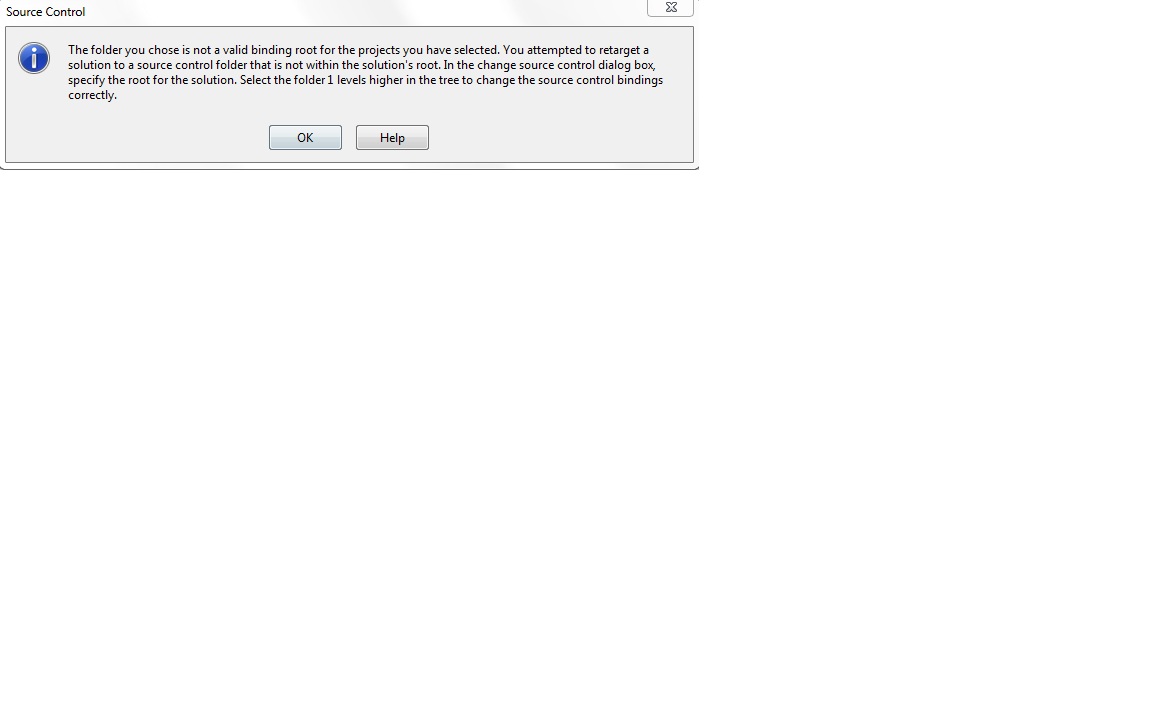 After clicking OK, bound to the parent project as it states in the message box and it worked like a charm. So that appears how Microsoft deals with the shared files issue.

Maybe the issue will be resolved by the end of January….it’s similar.

Thank you and have a happy New Year.
Brian C Drab
Top

I was simply letting you know that VSS deals with this scenario, and your previous version of SOS didn't give the Response message that your current version does. Go ahead and delete the project.
Brian C Drab
Top

We've identified a scenario where the Response for No Message Sent is occurring, and fixed it in SOS 5.0.2. Look for the maintenance release to be out today (March 31, 2010).
Jeff Clausius
SourceGear
Top

In our testing scenario, I identified one issue causing this behavior. I'm hopeful it is the same state of things in your solution/project. Please let me know if this release resolves the issue.
Jeff Clausius
SourceGear
Top

I can verify that the "Response for No Message Sent!" message is resolved in SOS 5.0.2. I can also verify that SOS still doesn't allow you to deal with shared files as nice as the VSS client.

Thanks for fixing the message.
Brian C Drab
Top

Glad to hear the Response for No Message Sent issue has been resolved.
Jeff Clausius
SourceGear
Top
Post Reply
25 posts