Post your questions regarding using the Vault and Fortress API in your programs.

I have a method that iterates through a repository tree structure and creates a VaultClientFileColl of all the objects I want to share (and eventually pin) in a versioned tree structure in the same repository.

The idea is to merely loop through the File collection and create a target path by replacing $/Project with $/Versions/Project_1.2.3.4.

At first, I read the documentation, and it says that the target folder must exist, so I modified my code to do this. Everything OK so far. However, it still fails on the on ProcessCommand with the following exception:

No object was found at the repository path: $/Versions/Simulator_1.1.1.10/SimLogWindow/SimLogWindow.csproj

I can get this call to work on a folder, but not a file. I can do this manually, but not with the API currently...
I attached a png of our Vault Client so you can see the source / target exist 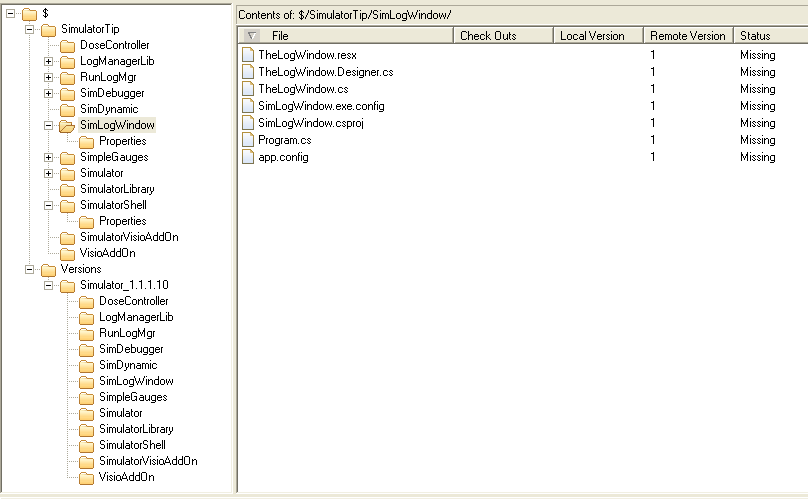 ProcessCommandShare expects the target to be a folder.

So in your case, it looks like the code should be: